Experienced digital marketing companies providing social media marketing services keep track of the latest features and updates of various social media platforms. WhatsApp introduced one such update to its existing feature recently. The free messaging and video calling app, WhatsApp has announced some updates for its “disappearing messages” feature. The new updated feature comes with more control and privacy where the company will provide users with more options to control their messages, and how long the messages can stick around.

The main aim of WhatsApp – one of the world’s most reliable instant messaging platforms – is to connect the world privately. As the conversations move from face-to-face to digital, the company wants their users to share their thoughts with someone in-person in confidence – and be assured that the conversation isn’t being recorded and stored somewhere forever. To ensure this, last year, WhatsApp introduced a feature named “disappearing messages”.

To make conversations on WhatsApp feel as close to in-person as possible – which means they wouldn’t have to stick around forever – the company introduced the option to use disappearing messages on its platform. This feature, when turned on, makes new messages sent to a chat disappear after 7 days. It helps the conversation feel lighter and more private. 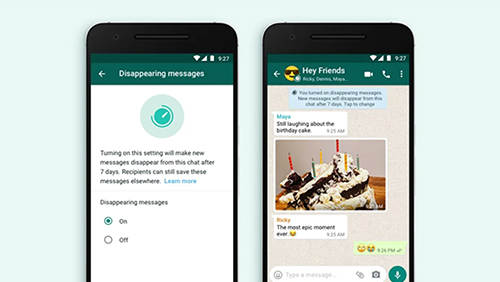 How to Turn On or Off Disappearing Messages:

The New Update to “Disappearing Messages” 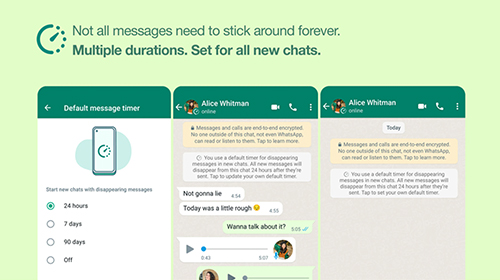 The app will display a message in a user’s chat if they switch on default disappearing messages – that tells people this is the default they have chosen. However, if you need a particular conversation to remain permanent, it’s easy to switch a chat back.

Disappearing messages and end-to-end encryption are two crucial features that define what it means to be a private messaging service today and bring all users one step closer to the feeling of an in-personal conversation.

Organic SEO companies keep track of these latest updates to help businesses build their brand and connect with their audience.