Medical SEO is a challenging aspect of healthcare digital marketing not least because of the algorithmic updates Google keeps releasing. Some are minute updates, while others are significant. While some are gradual releases taking many weeks, others are sudden. Even though Google gives you an idea of what to change, and what not to, in order to prepare for the update, sometimes things are quite vague.

What Happened in August

The August core update has been one of the major talking points in SEO circles this month. While Google is expected to be rolling in updates, this one did seem strange in its objective. Google stated that sites experiencing drops during this period don’t have anything to fix, and really can’t fix. Google explained that sites with great content and a user-friendly interface that have not been appropriately rewarded are being rewarded with this update. As a result, sites already ranking well could be seeing, and have seen, their rankings drop as these other sites are rewarded and gain rankings.

Google reassures that these rankings will balance themselves out and your site “may” get back to the higher rankings it enjoyed earlier. Notice the verb “may” instead of “will”. There is a strange vagueness to all this. If there is stuff to rectify, you may as well do them. But there isn’t a direct fix. Now that’s certainly a strange instruction.

What Google Has Revealed about the Update

Now this is a broad algorithmic update. Search Engine Land mentioned a tweet by Google Search Liaison indicating that: 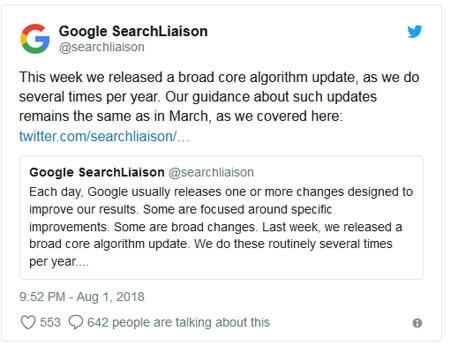 The tweet also mentioned that this was something that was part of its regular broad core updates, something that happens “several times per year”. So could it be that the previous updates of such kinds have not been detected? On April 20, 2018 Search Engine Land reported that Google had released such a broad algorithm core update. Here’s a tweet it quoted from Google SearchLiaison. 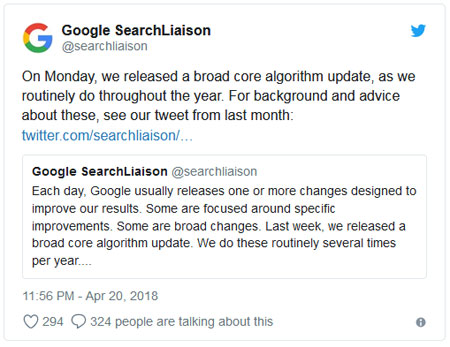 A Close Look at the Health-related Sites Affected

Now this August update has also been called the “Medic” update since healthcare sites have been the ones mostly reported to have been affected by the update. 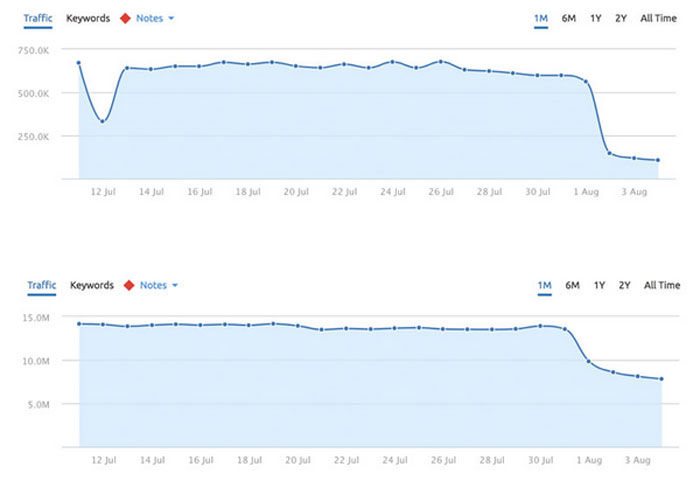 But there were also gains reported, as the following screenshots from SEMRush show: 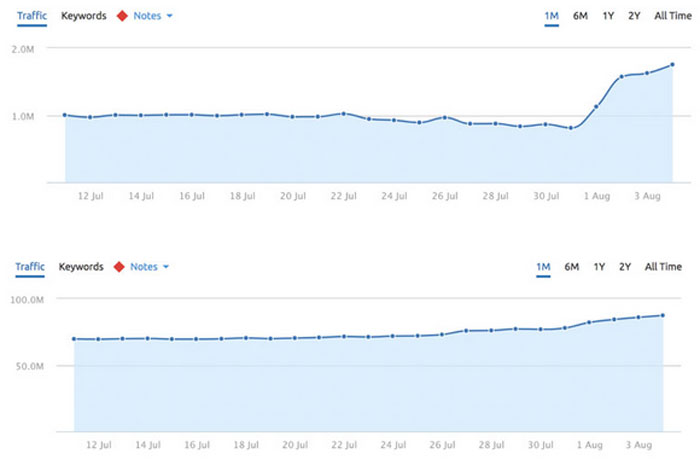 SEO analyst and expert Marie Haynes did some research on a specific kind of diet and nutrition sites – those that are focused on ketogenic diet information. And she could come up with some key characteristics that were present in the sites that had gained.

Two Factors that Gave Some Health Sites a Boost in Rankings

So, based on these examples, it is essential that you focus on content comprehensiveness and quality in your web pages, blogs, article submissions and social media posts. That should always keep you in a good position no matter what core algorithmic update Google launches. That’s what Google has been recommending as well. These factors are particularly essential when you run a healthcare website. It deals with people’s health and you need authoritative, research-based content in your pages.

An efficient SEO company can help your healthcare or other website get prepared for Google’s broad core algorithmic updates and the usual updates as well.