An advanced SEO company always keeps an eye on changes to search engine algorithms. There is always some innovation going on at Google. At their 20th anniversary event, the internet giant announced changes to machine learning and structured data-focused features.

Google’s 20th anniversary provided the right opportunity for the team to announce their innovations, some of which were inspired by from products by Instagram, Snap and Pinterest. There were also extensions of current capabilities. Google’s VP of search Ben Gomes presented what he considered three major shifts that would define search capabilities in the next generation – “from answers to journeys”, “from search queries to query-less discovery”, and “from text to visual content”.

From Answers to Journeys

These really are vital trends to remember and use for shaping your future SEO strategy:

Let’s focus on the first trend Gomes spotted, where web searching becomes more of a journey than just a search for a single answer at a time. Microsoft’s research found that searching isn’t a one-off behavior. Instead, people used multiple queries through various sessions to find what they were looking for, such as buying a car, looking for a job, planning a vacation, or renting an apartment. Google has basically accommodated that view and announced Activity Cards and improvements to its Collections feature.

Activity Cards will show the user the previous sites or pages they have visited and the previous queries they’d have searched. These won’t appear for every query, and the results can also be removed by users from the Cards, or edited.

The Collections feature helps users to save content on their phones and organize it. This is a feature that’s already been there, though many wouldn’t have quite noticed it. 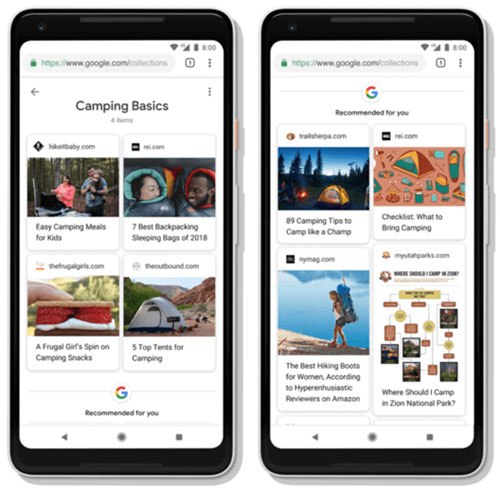 The improvements made to the Collections feature now connect it to the Activity Cards. They will now enable users to save pages from their Activity Cards to their Collections. There would also be related topic suggestions. 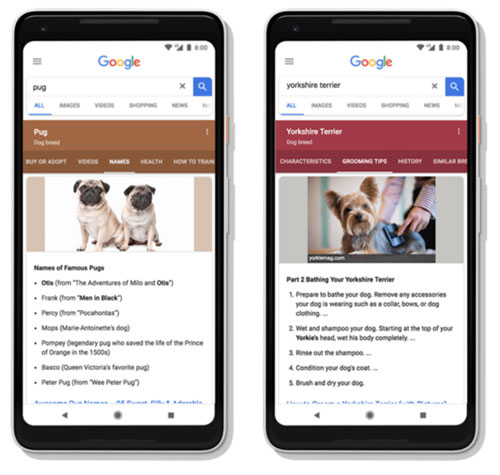 The next innovation is what’s called the Topic Layer. This would be added to the knowledge graph that has been the source of related search suggestions that Google gives users. Google says that the Topic Layer is the result of an analysis of all the content on the web for a particular topic. It then creates many subtopics from those topics. Google can then identify content such as articles and videos that are the most relevant for these subtopics.There would be fresh content served too. Google then studies the patterns to understand the relation of the subtopics to each other so that it can “more intelligently” bring the kind of content the user might want to check out next.

Companies offering advanced digital marketing and SEO services in Long Island will now figure out ways to make changes to their strategy for clients to benefit from these innovations.